A Partisan Nation: How Organizations Can Still Make a Social Impact

As communication experts, our gut instinct is to avoid alienating anyone. We especially hesitate if we expect a strategy and tactic may alienate a business or nonprofit’s customers or donors. These perceptions and line of thinking is important – it is part of what provides our line of work with value. Although we are a politically divided nation at this moment in history, now is a great time for organizations to make strong stands and exemplify meaningful efforts.

The 2016 election really amplified our existing caution. Anyone who watches the news or their Facebook newsfeed can see we are very much a partisan nation struggling to find common ground. The American’ government’s favorability has been decreasing over recent years, and continues to do so during this newer administration. As a result, there is a belief that the “American Brand” has become tainted.

Although the government is struggling with public perception, how tainted is the “American Brand?” According to research conducted by J. Walter Thompson Intelligence, the answer is not very much if your organization exists outside the public sector. Right now, it is the government’s brand that is facing the brunt of our politically divided nation. American brands and organizations, however, are still seen favorably. In other words, your Facebook friends arguing in the comments section and the talking heads on television screaming at each other are not affecting American organizations with no clear connection with the government.

In analyzing this situation, a reasonable conclusion for a communication professional is to steer clear of any issue to avoid the partisan divide. This can be difficult for some non-profits but much easier for private sector organizations. Regardless of which sector your organization operates in (non-profit or private), there is opportunity to experience meaningful results without your brand suffering.

There are non-profits who address issues that do not particularly exist on any side of the political spectrum (issues such as child abuse or disease research). Let’s use the Natural Resource Defense Counsel (NRDC) as an example for the non-profit space. This organization works in environmentalism, which would be reasonable to assume is a bipartisan issue (we all need the environment to live, after all). But if you look at their marketing efforts, you’ll see they are very combative of the current administration. You can see banner ads containing the copy: “Stop Trump’s Anti-Environment Agenda.” The current hero image on their website is of Scott Pruitt with the text “Fire Scott Pruitt,” a Trump appointee who has been present in headlines recently.

Does this messaging alienate Trump supporters? It sure does. But as communication experts, we should not be alienating publics, right? Well, not necessarily. This is where accessing publics becomes crucial. Chances are, the NRDC’s donor and prospective donor base did not include Trump supporters. Likely, they recognized a base of both past and present donors along with prospective donor demographics who are angry and determined to mobilize since the 2016 election. At the end of 2016, Jon Oliver on the finale of Last Week Tonight gave a shout out and encouraged his audience (which leans left) to donate to the NRDC. Add on to this base a strong economy and it makes sense that NRDC would double down to engage with their targeted publics with the messaging and strategy they chose.

Shifting to the private sector is where our communication instincts really flare up for any type of messaging or engagement entering a social or political issue. Unlike non-profits, private organizations do not have as much pressure to take a clear stand or position – they can sell their products and services and be on their way. There is a potential financial risk, because a business may have customers from various social and political backgrounds. But for private sector organizations who want to support communities and the issues they are passionate about, there is still great opportunity despite our nation’s political divide.

Let’s take Budweiser’s 2018 Super Bowl commercial as an example. According to Forbes, the “Stand By You” commercial came in third for the best advertisement during the Super Bowl. The story depicting disaster relief in the video is compelling. From what they displayed in the commercial and the information provided on the website, they appear to be effective at providing drinking water to disaster stricken areas. But here’s a question; who is ultimately responsible for disaster relief? The government.

After Hurricane Katrina, adequately funding FEMA became a priority concern and part of a larger talking point addressing how the government can provide more efficient relief.

Providing disaster relief is literally the government’s job. It is not Budweiser’s job. Because the government has the obligation, there are expectations set on them by various publics. There is risk for the government to fall short of these expectations. Anheuser-Busch has no expectations because this is an area completely outside their required responsibilities. Therefore, these efforts are in a way, “picking up any perceived slack.” Although we are a partisan nation, there are facts we can agree on – communities ravaged by natural disasters need support (even President Obama and Governor Christie came together after Hurricane Sandy). For private sector businesses looking to mobilize their customers, looking to address areas where people feel the government is not providing enough support is an opportunity to deliver meaningful impact.

There is a commonality with the two examples I shared: authenticity. For the NRDC, they are not attacking Trump just because their base does not like them – news stories circulate about the mishandling of the EPA and efforts the administration has made to cut back environmental regulations. Anheuser-Busch did not jump on a contemporary bandwagon issue. Since the 1980s they have worked to provide disaster relief efforts and have partnered with the Red Cross.

People can see through a disingenuous marketing ploy. Just because social and political topics can be divisive does not mean organizations should not throw their hats into the ring. As communication experts, we are responsible for positioning how our organizations engage with the public. Society can benefit from organizations striving to make social impacts – we just have to stick to ethical principles and use our communication expertise to establish a strategic approach. Otherwise, the we miss opportunities to make positive impacts on peoples’ lives. 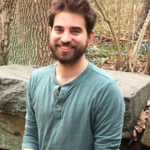 Benjamin Litoff is a graduate student studying Public Relations and Corporate Communications at Georgetown University. After spending years as an account lead at J. Walter Thompson, he began consulting and launched his own LLC. At Bartoo-Litoff, Benjamin consults on development strategy, data analytics/measurement, and user engagement all with a focus on brand alignment. He hopes to expand his business to serve clients in both the private and public sector to make social impact.