Part 8: Shonali Burke and How to Become Your Own Measurement Maven 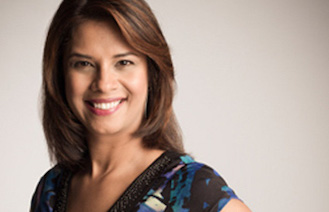 To say Shonali Burke took an unconventional route to working in the public relations field is a bit of an understatement.

With an educational training in economics, Shonali was a professional actress and director in India prior to moving to the United States. Actress turned PR superstar? The transition may not be as strange as it sounds at first. “I feel the training that I went through gave me a lot of necessary experience for public relations,” Shonali says.

After making the transition, Shonali held a number of positions on both coasts of the U.S., including with the American Society for the Prevention of Cruelty to Animals (ASPCA), where she helped to create the organization’s first PR department, as well as starting her own consulting practice.

Accolades for Shonali came pouring in along the way, including being named to PRWeek’s inaugural 40-Under-40 list and earning the nickname “the measurement maven” by one well-known practitioner. While her lists of accomplishments are many, after listening to my interview with Shonali I think you’ll agree she has rightfully earned another title: social strategist.

So why is this social strategist so passionate about the topic of measurement of all things?

“There’s nothing like knowing at the end of the day that you are making a difference,” but “if we’re not measuring our programs and campaigns…how do we know we’ve made a difference?” she says.

Here’s a preview of Shonali’s tips for good measurement practices:

Listen to my interview with Shonali Burke and read her blog, Waxing UnLyrical, to learn more about how to incorporate measurement into cause-based communication work.

Listen to the interview
“There’s nothing like knowing at the end of the day that you’re making a difference. But if we’re not measuring our programs and campaigns, how do we know we’re making a difference?”
-Shonali Burke
You may also like:
Kristine Templin, Vice President of Corporate Partnerships, Special Olympics
Kyle Taylor, Business Development Manager, Inspired Adventures
Jonathan Hutson, Communications Director, The Enough Project
Tarrah Cooper, Press Secretary, Chicago Mayor Rahm Emmanuel’s Office