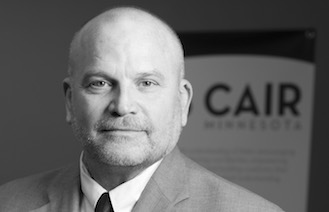 More than ten years after the September 11 terrorist attacks, discrimination against the Islam religion and Muslim people is holding steady. Consider the following: More than half of Americans acknowledge some level of prejudice against Islam while two-thirds admit they have little or no knowledge about the religion, according to a Gallup poll.

Is it possible to change a society’s deep-seated and negative perception of a group of people? Can hearts and minds really be changed?

To Ibrahim Hooper, progress is possible in large part thanks to the power of communication. He’s the director of communications for the Council on American Islamic Relations (CAIR)and this week’s social strategist.

“We’re trying to promote social justice, mutual understanding, and we’re trying to build coalitions,” Ibrahim explains about CAIR’s mission. “We defend the civil rights not just of American Muslims but of all Americans.”

CAIR’s approach to protecting civil liberties has faced much criticism throughout the years, in large part because of its sometimes aggressive and self-described “in your face” approach to highlighting “individual civil rights cases that are representative of a broader trend.”

Here’s a preview of some of the strategies he and CAIR use while working to fight prejudice:

1. Audience prioritization. People on the extremes of a charged issue are unlikely to change their views even through engagement. “That’s not an audience you’re going to crack,” Ibrahim says. Instead target those who are in the favorable majority, he recommends. CAIR has active chapters on the local level that help to reach key stakeholders on an individual basis.

3. Educate about the role of communication. CAIR produces a number of how-to guides, publications and trainings for members and other constituents aimed at effective media relations and other ways they can help spread the organization’s message in a grassroots and grasstops manner.

4. Turn lemons into lemonade. CAIR is often at the whim of international news and events that take place around the world. In short, success is not easy. “The truth of the matter is that [sometimes success means that] all you’ve been able to do is make things less bad,” Ibrahim says.

Listen to my interview with social strategist Ibrahim Hooper to learn more about CAIR and how to utilize communication to help change perceptions and overcome prejudice.

Listen to the interview
"The truth of the matter is that sometimes success means that all you've been able to do is make things less bad."
-Ibrahim Hooper
You may also like:
Jason Cone, Communications Director, Doctors Without Borders
Thom Clark, President, Community Media Workshop
Michael “Nick” Nichols, National Geographic Photographer
Esta de Fossard-Nelson, Entertainment Education Expert and Professor at Johns Hopkins University