Part 19: Josh Wachs and Building Strategy for the Social Good 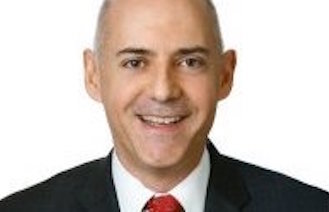 More than 16 million children – that’s more than one in five – are at risk of hunger in America right now, according to one estimate. What a shocking statistic.

The good news? There’s a solution to the problem within reach and one organization – with the help of one social strategist in particular – is putting an ambitious plan into action to solve the hunger epidemic.

That social strategist would be today’s guest of course: Josh Wachs, the chief strategy officer of Share Our Strength. He’s the mastermind behind making sure the organization reaches its aggressive goal: to do nothing less than end childhood hunger…and oh yeah, to do that by 2015. Talk about ambitious!

“Our work is very dynamic. What we’re doing is really developing a new model of how to end childhood hunger and a new paradigm around how to fight this issue,” explains Josh of the No Kid Hungry campaign.

He adds: “It’s a very bold goal that I think has been a crucial part in the organization’s success.”

From the NBA where he served as the vice president for community relations to the chief operating officer role at the Democratic National Committee (DNC) and other positions in between, Josh knows a thing or two about building and executing ambitious strategies.

In our interview, Josh shared more valuable insights into strategy building than I have room to write here. But here’s a preview of some of them:

So will the goal of ending childhood hunger be met? Most definitely. “Success is putting yourself out of business in this case,” he told me.

Listen to my interview with social strategist Josh Wachs to learn more about setting ambitious goals and building the strategy to help reach them.

Listen to the interview
"High performing nonprofits - those that are most successful - are ones that have a clear set of metrics that all stakeholders can buy into."
-Josh Wachs
You may also like:
Diana Mayhew, President, National Cherry Blossom Festival
Beth Kanter, Founder, Beth’s Blog and Social Media for Social Good Expert
Joyce Coffee, Vice President, CSR & Sustainability, Edelman
Susan McPherson, Senior Vice President & Director of Global Marketing, Fenton Communications