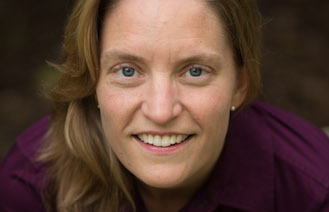 It’s the difference between yet another nonprofit and an organization that is truly accomplishing social change through new and sustainable ways.

It’s the difference between a money hungry corporation, and one that makes people’s lives better as part of its ethos while proving true social transformation. Social innovation is about new and unexpected approaches to improving some of society’s biggest challenges and often from unlikely sources.

We’re living in a brave new world in the social good sector, where tremendous progress is possible (and already happening), explains this week’s social strategist Nell Edgington. She’s the president of Social Velocity, a nonprofit management consulting firm that aims to help organizations and the people behind them break out of the vicious cause cycle of underperformance and lack of sustainable, business-oriented practices.

To be fair, the principle of social innovation has been around for some time. One early example is the microfinance work of the Grameen Bank and its leader Mohammed Yunus. But in recent years, it seems that the term has reached the mainstream and with it a new level of recognition. Even the White House created an office of social innovation in 2009.

Social innovation is not simply about “trying to address a problem with a band aid but trying to get to the underlying cause of that problem,” explains Nell. Not every person, nonprofit or company wanting to make the world a better place can be labeled as a social innovator, she adds.

I spoke to Nell via phone from her office in Austin, Texas to learn more about Social Velocity and her thoughts about the rapidly changing world of cause-based work. Here’s a preview of some key transformations taking place that we discuss in the interview:

So what does the future hold for social innovation?

“I think we are at a critical point where so many people want to see social change and they’re willing to change structures and systems [to make that happen],” Nell says. “This kind of momentum is really exciting. It remains to be seen where it’s going to take us but it’s going to be an exciting ride.”

Listen to my interview with social strategist Nell Edgington to learn more about the brave new world of social innovation.