Part 32: Theresa Marquez and the Role of Socially Mission-Driven Companies 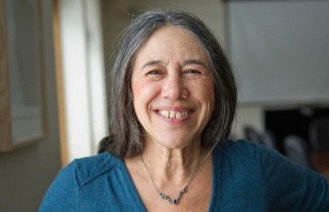 So often we think of mission in terms of nonprofit organizations. But what if more companies had social missions too? What would they be able to achieve other than monetary profit?

If Organic Valley, the nation’s largest cooperative of organic farmers, is any indication the answer is impressive social impact and the so called triple bottom line: people, planet and profit.

Today we’re exploring the role of socially mission driven companies with social strategist Theresa Marquez. She’s the chief mission executive of the uniquely structured dairy company which is comprised of 1,766 farmer-owners across 32 states.

“You might say Organic Valley was a phoenix born out of the ashes of a broken food system,” Theresa explains of the company’s start. “We wanted to be a marketing co-op that could drive change; we wanted to be on a mission right from day one and be a change agent.”

With revenue somewhere around $720 million, Organic Valley credits its mission focus as a key to the company’s success. Theresa, a self-described “child of the 60s” could not be more appreciative of her role as mission master. “I pinch myself some mornings because the mission of the co-op has been so important to me,” she says. “To be working to promote this great mission is a dream come true.”

Here’s a preview of Theresa’s thoughts on the power of mission in Organic Valley and other companies:

On a side note, Theresa has some great personal advice worth noting: create a personal mission statement. “I get asked all the time for career advice and I always say write a personal mission for yourself and then go for it,” she says. “It’s not about money. We have to start transcending [the traditional definitions of success]”.

Listen to my interview with social strategist Theresa Marquez to learn more about the role of socially mission-driven companies.

Listen to the interview
"I get asked all the time for career advice and I always say: write a personal mission for yourself and then go for it. It's not about money. We have to start transcending the traditional definitions of success."
-Theresa Marquez
You may also like:
Jana Sweeney, Director of International Communications, American Red Cross
Yasmina Zaidman, Director of Communications & Strategic Partnerships, Acumen Fund
Regine Webster, Executive Director, Center for Disaster Philanthropy
Sheri Turnbow, Director of Corporate Partnerships, World Wildlife Fund