Part 33: Regine Webster and Getting Giving to Continue Over Time 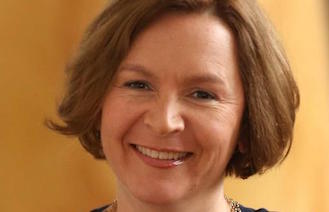 Disasters are part of our lives now, tomorrow and the day after, proclaims social strategist Regine Webster.

So how then do you protect lives and help communities recover when Mother Nature takes a turn for the worst and wreaks havoc economically and beyond? One key answer: strategic disaster philanthropy.

This week’s social strategist is vice president of the Center for Disaster Philanthropy (CDP), a newly formed organization that aims to give individual, family, corporate and institutional donors the resources to make informed and sustainable decisions about donations during times of disaster in the U.S. and abroad.

Regine has worked at the intersection of disaster philanthropy for more than 17 years. After stints at the Bill & Melinda Gates Foundation and the Conrad Hilton Foundation among other places, Regine found her way to CDP.

“I think I’m like a lot of people in that my career path has been a winding road,” Regine says. “I was really drawn to supporting the needs of individuals whose lives had been devastated by disasters, conflict and famine.”

Having visited disaster zones throughout the U.S., Africa and Asia, she knows a thing or two about being at the epicenter of chaos. Curious about what that’s like?

“I think the word that most comes to mind is humbling,” explains Regine. “On the one hand, visiting disaster zones is incredibly moving and challenging. But the humbling part comes in because it’s amazing to see the resilience of individuals, families and communities. People rebuild. They pick up the ruble, move it aside, find ways to get their children back in school and get businesses back up and running. People take care of one another, which is the beacon of light and inspiration.”

From preparing for hurricanes to rebuilding after tsunamis, CDP advocates that not just any disaster philanthropy will do. Rather it is strategic disaster philanthropy that creates a lasting impact on the lives and communities targeted. Here’s a preview of Regine’s take on how to get giving to continue over time:

Listen to my interview with social strategist Regine Webster to learn more about strategic disaster philanthropy and how to get giving to continue over time in challenging circumstances.

Listen to the interview
"I think I'm a like a lot of people in that my career path has been a winding road. I was really drawn to supporting the needs of individuals whose lives had been devastated by disasters, conflict and famine."
-Regine Webster
You may also like:
Yasmina Zaidman, Director of Communications & Strategic Partnerships, Acumen Fund
Theresa Marquez, Chief Mission Officer, Organic Valley
Sheri Turnbow, Director of Corporate Partnerships, World Wildlife Fund
Dr. Rochelle Ford, APR, Associate Dean of Research and Academic Affairs, Howard University