Part 37: Holly Barkhymer and Communicating the Human Side of Research 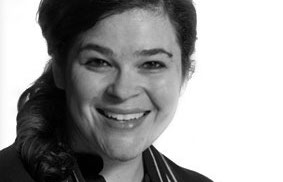 If you’re anything like me you grew up watching Michael J. Fox on TV and the big screen. Back to the Future, Doc Hollywood, Spin City – Michael’s roles have been prolific and memorable.

But the entertainer’s world was turned upside down when he was diagnosed with Parkinson’s disease in 1991. Upon public disclosure of his condition seven years later, Fox went from actor to activist through his decision to form The Michael J. Fox Foundation for Parkinson’s Research.

Through its mission to find better treatments and, ultimately, a cure for the debilitating disease (which approximately 1.5 million people in the U.S. suffer from), the Foundation has become the largest private funder of Parkinson’s disease research in the world, investing more than $304 million in research since its founding in 2000.

Of course, behind any effective organization is a social strategist. This week’s guest is Holly Barkhymer, the vice president of communications and marketing at the Michael J. Fox Foundation who helps to communicate the human side of research that can so often be confusing and complex, among the many other roles she plays.

Why is Holly so passionate about the work she does in cause-based communication and the Foundation?

“My job changes here so often. The Foundation has grown so rapidly while I’ve been here and the nature of our work is evolving so quickly that there isn’t time to feel complacent. It’s been a real privilege, blessing and lucky twist of faith that I found myself here,” Holly told me in our interview.

Here’s a preview of some other key takeaways from our interview:

Listen to my interview with social strategist Holly Barkhymer to learn more about the communications work of the Michael J. Fox and to hear what it’s really like working with the actor turned activist.

Listen to the interview
"Telling the story of single individuals and how this disease impacts them is most effective. We've morphed our storytelling to more a journalistic approach, made the disease a human story and relatable and then wove that into the research we're doing."
-Holly Barkhymer
You may also like:
Dr. Rochelle Ford, APR, Associate Dean of Research and Academic Affairs, Howard University
Alan Andreasen, Professor, Georgetown University and Social Marketing Expert
Luciana Bonifacio-Sette, Director of Corporate Partnerships, Save the Children
Philip Harvey, Founder & President, DKT International