Riding the Train: The Importance of Meaning in Nonprofit Stories

In her book, Documentary Storytelling: Creative Nonfiction on Screen, filmmaker and teacher Sheila Curran Bernard writes about the role of a story’s narrative spine. Or, as she likes to call it, the narrative train.

Think of the train as a story’s mainline – the foundational plot that keeps you reading, watching or listening. It’s the thing you’d describe if someone asked, “What’s the story about?”

So after reading To Kill a Mockingbird, you might say, “It’s about a white lawyer who defends a black man accused of rape in the 1930’s American South.” Because that’s the train that carries the story’s characters, timeframe, tone, structure, conflicts and point of view.

But there’s another passenger on the train that’s too often overlooked, especially when it comes to nonprofit stories: And that is, the story’s meaning… its message… its moral. All good stories have one.

Root of All Meaning

As researcher Paul Zak and others point out, our brains react to a well-constructed story as if we are living through the events ourselves. We’re first drawn in by the rising tension and then transported into the characters’ world. And once there, we feel the same raw emotions and physical reactions we imagine the characters feel. And it’s this intense response that triggers our sense of empathy.

Contrast this with a factual news account of an automobile accident that kept you from getting to work on time. While you might sympathize with the plight of the people involved, as time goes by you’re likely to recall little more than how annoyed you were that morning.

The Search for Meaning

Storytellers use the power of transportation and empathy to create meaning. They do it by conjuring universal experiences and feelings like love, fear, conflict, reconciliation, adventure and empowerment. These specific themes are instances of what writer and filmmaker Brian McDonald calls The Golden Theme – the notion that as humans, we’re all the same. It’s why we remember and relive stories. We identify at a gut level with the characters and their circumstances. Even the bad guys.

In To Kill a Mockingbird, young Scout’s innocence lends her the credibility to do what no adult could do — pull back the curtain to point out the destructive nature of human injustice and prejudice, and then show us the way to redemption. Universal themes such as these are what truly meaningful stories are about.

Occasionally, a story will have a secondary meaning. Take for instance the documentary, Chasing Ice. The film’s website describes it as “…the story of one man’s mission to change the tide of history by gathering undeniable evidence of our changing planet.”

Climate-change documentaries often focus on the negative effects of fossil fuels, the politicization of climate science or warnings of climate catastrophes to come. Instead, this film’s narrative train carries the personal and technical challenges that nature photographer James Balog and his crew confronted while documenting disappearing glaciers.

We empathize with each crewmember’s courage, doubts and commitment while seeing for ourselves the results of rising temperatures.  It’s a choice that enabled the filmmakers to demonstrate the impact of climate change in a dramatic and memorable way.

It’s not always easy to articulate a story’s meaning, but as humans we can sense it. And it’s how we innately know whether we’ll remember that story or not.

So what does it take to create nonprofit stories that transport audiences, instill empathy and arouse universal reactions? At first it may seem an impossible task. After all, you’re probably not in the business of producing award-winning documentaries or writing classic novels. But it turns out that even the shortest and simplest of stories can have meaning.

One example comes from a Catholic Relief Services (CRS) story about a Cambodian subsistence farmer’s decision to care for his sick brother. It’s a portrait of family loyalty in the shadow of poverty that’s told in the online article, Family Ties Fight Tuberculosis.

Rather than a narrative about a nonprofit agency coming to the aid of a tuberculosis victim, this story delves into a situation that most of us have faced or may face in the future – what to do when someone in our family needs help.

Jennifer Hardy, Communications Manager for CRS and the article’s author, says that by asking the right questions you can often uncover a universal theme when searching for a story. “I try to find any angle that shakes up the generic formula of beneficiary/organization as hero,” she says. “The benefit to the organization and readers is that the story can stay in people’s memories long enough for them to take action.”

This approach often means spending less story time talking up the organization’s accomplishments and more on people and their interactions. And that’s a good thing, says Jennifer. “Less is more when it comes to highlighting the organization, and the best way to communicate success is to let someone involved in a project be the spokesperson.”

Stories infused with meaning don’t just do a better job motivating someone to write a check or show up to volunteer. They also create a lasting connection to the cause and reflect a common purpose among constituents and beneficiaries alike.

End of the Line

Here, then, are some steps that can lend meaning to nonprofit stories…

Whether your objective is fundraising, persuading constituents to volunteer or changing public policy, a story’s job is to open your audience to a different human experience while evoking familiar emotions. It’s what leads to deeper understanding as well as stronger commitment and action.

All this does take some creativity and effort. But mostly it’s about making sure that meaning is a first-class passenger on the narrative train. Give it a try. You’ll love the ride. 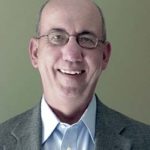