Part 10: Tarrah Cooper and What Cause-Based Communicators Can Learn from City Hall 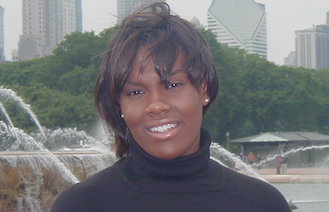 Being the Mayor of Chicago’s press secretary means you must be tough, able to think on your feet, and have superb storytelling abilities. While Tarrah Cooper meets all of those qualifications there’s another trait she possesses that makes her unique: she’s a social strategist.

This week’s episode of the Social Strategist was recorded on location at Chicago’s City Hall and features an exclusive interview with Tarrah (full disclosure: we were high school classmates and friends!) about what it’s really like to serve as the press secretary to Rahm Emanuel, whose path to power was one of the most discussed political races of the last election cycle.

For this social strategist, becoming press secretary was the fulfillment of a uniquely American story.

“My grandparents came to Chicago from Arkansas during the Great Migration” to escape the Jim Crow laws and oppression to find work in Chicago, she explains. To work for the same city that gave her family the opportunity of freedom is a full circle experience in many ways. “I’m really blessed to be the press secretary for what I think is the greatest city in the greatest country in the world.”

Tarrah and I also spoke about what cause-based communicators can learn from the work of city hall. Here’s a preview of her tips:

Tarrah and her colleagues must be doing something right. One recent poll has Mayor Emanuel’s approval rating at 79 percent and social issues, especially education, have become a cornerstone of the administration’s work.

Listen to my conversation with social strategist Tarrah Cooper to learn more about her work as press secretary, to find out what Mayor Emanuel is really like, and to hear other tips that cause-based communicators can learn from city hall.