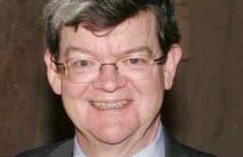 There are more than 1.5 million nonprofits in operation in the U.S. alone, according to one estimate by the National Center for Charitable Statistics. Talk about cause fatigue!

Is it even possible for nonprofits to break through such intense clutter to reach the hearts and minds (not to mention the pocketbooks) of key stakeholders?

The answer is a resounding yes, according to Thom Clark, but only among nonprofits equipped with an understanding – and application – of the true power of communications. Thom is the president of the Community Media Workshop and this week’s social strategist.

Surrounded by personal photos with some of Chicago’s greatest leaders (think Mayor Daley and Studs Terkel), I visited Thom in his office at Columbia College to learn more about how his organization helps causes to build capacity from a communications perspective in order to reach organizational goals.

“We help train nonprofit communicators how to get their stories out,” Thom explains. “We’re sort of like little league coaches who get people off the minor league bench and onto the front page of the New York Times.”

With nearly four decades experience in nonprofit management and social activism, Thom knows a thing or two about positioning causes for success. Here’s a preview of a few ways Thom believes nonprofits can build capacity:

Listen to my interview with Thom Clark to learn more about the fascinating work of the Community Media Workshop, Chicago’s unique media landscape, and how to build capacity and sustainable PR practices for causes.