Part 34: Sheri Turnbow and a Behind-the-Scenes Look at the Arctic Home Campaign Strategy 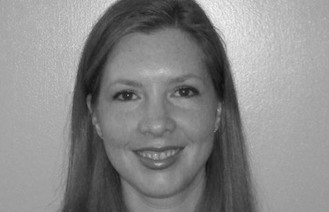 From Charlize Theron to polar bears?

Yes, you read that correctly.

Prior to holding cause marketing roles within some of the most prestigious conservation organizations around, this week’s social strategist Sheri Turnbow was an agent for up-and-coming talent, including the future Oscar award-winning actress.

Today, Sheri is the Word Wildlife Fund’s (WWF) director of corporate partner marketing and leads the organization’s headline grabbing Arctic Home cause marketing campaign in partnership with the Coca-Cola Company.

“This is a job where I really feel like I’m making a difference at the end of the day and where I’m really proud of the work that I do,” Sheri says. “It’s been really fulfilling and I wouldn’t have it any other way.”

It seems like everyone has heard of the Arctic Home campaign in large part because of the mixed reactions when the iconic beverage turned its can from red to white to celebrate the partnership. “It did take everyone a little by surprise,” admits Sheri.

“You want people talking because one of the main goals for World Wildlife Fund was to drive awareness of the issues facing the polar bear and we were able to do that. Clearly the can was a big part of that.” And talk they did. More than 100 million media impressions came pouring in 24 hours after the campaign’s start.

The campaign has received accolades industry wide for its metric-driven goals. Here’s a preview of why Sheri believes Arctic Home was a success:

Curious about the campaign’s results?

Get ready, as they’re quite impressive: More than 2 billion paid and earned media impressions, nearly $4 million in donations and a proven increase in reputation for both partners.  But perhaps most impressive of all was the large increase in awareness of the plight of the polar bear.

“We also did research into the U.S. consumer perception of the need to protect polar bear habitat which rose from 38 percent in October to 52 percent by the end of December,” Sheri explains. “That’s an astounding leap in understanding and awareness of an issue in a very short period of time.”

Listen to my interview with social strategist Sheri Turnbow to learn more about the Arctic Home Campaign and the future of cause marketing.

Listen to the interview
"You want people talking because one of the main goals for WWF was to drive awareness of the issues facing the polar bear and we were able to do that."
-Sheri Turnbow
Read more of Evan’s work:
Theresa Marquez, Chief Mission Officer, Organic Valley
Regine Webster, Executive Director, Center for Disaster Philanthropy
Dr. Rochelle Ford, APR, Associate Dean of Research and Academic Affairs, Howard University
Alan Andreasen, Professor, Georgetown University and Social Marketing Expert