CSR Matters: Now is the Time for Purpose-Driven Companies to Lead

If you believed Donald Trump’s election as President would bring about less pressure on companies to maintain their bold CSR commitments, you were sorely mistaken.

As I’ve written previously, consumers are demanding more from the brands they buy than ever before and, by almost any measure, are placing a premium on corporate social responsibility (CSR) efforts.

According to a recent Global Strategy Group study, “84% of Americans believe that businesses have a responsibility to bring social change on important issues.” It also found that “81% of Americans believe corporations should take action to address important issues facing society, and 88% believe corporations have the power to influence social change.” Likewise, a recent Weber Shandwick report determined that “85% of global consumers say how a company responds to issues and crises is an important factor in their opinion of the organization overall.”

“Companies that are seen as being on the wrong side of social issues today run the risk of losing the war for talent and facing significant consumer backlash,” notes Micho Spring, chair of Weber Shandwick’s Global Corporate Practice. “Any response that a company or executive makes relating to current events should be grounded in the values that a company provides to society, and should be used as an opportunity to communicate those values to employees and customers,” he added.

In the Trump-Era, Staying Silent May No Longer be an Option

Consumers have made it clear through social media and the power of their wallets that they expect brands to step up and be vocal in response to Trump — or face the consequences. Staying silent may no longer be an option.

“People are realizing that they have a vote every day with their purchasing power, and they can take a stand every single day with how they spend their money,” says Nathan Lerner, executive director at the Democratic Coalition Against Trump, whose Boycott Trump app, recently landed in the top 5 U.S. lifestyle apps, alongside Tinder, Zillow and Bumble.

As we enter the second month of Trump’s Presidency, it is worth considering the fact that, as TriplePundit.com contributor, Reed Bundy, observes, “Certainly, nobody would consider Donald Trump a champion of corporate social responsibility, and yet his actions are unwittingly causing the most widespread and vocal mobilization of concerned corporate leaders perhaps in our nation’s history.”

Indeed, almost overnight, the opposition to Trump’s January 27 executive order banning refugees from seven Muslim-majority countries has been fast and furious (and not just in the streets). We have already seen hundreds of companies loudly affirm their support for basic human rights and opposition to religious discrimination, and collectively call for the reversal of Trump’s executive order.

A handful of companies, such as Budweiser, used the Super Bowl, which has long been considered a bellwether for the state of U.S. advertising, to air commercials with themes of inclusion, immigration, and multiculturalism. Meanwhile, Starbucks declared its commitment to hiring 10,000 refugees. 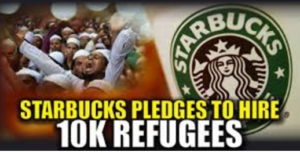 Additionally, as Bundy notes, “In the wake of President Donald Trump’s travel ban, we are witnessing a new chapter in the evolution of CSR that is being entirely driven by companies’ immediate interests in their most vital assets: their employees…On the front lines of this new corporate activism stands the tech industry: [whose opposition to Trump’s] policy is not only that it’s rooted in religious discrimination, but also that it directly impacts these businesses’ bottom lines and ability to operate.”

More than a hundred tech companies, including giants Apple, Facebook, Google, and Seattle-based Amazon, and Microsoft joined a court brief brought by the attorneys general of Minnesota and Washington state against President Trump’s executive order.

According to the Silicon Valley Leadership Group, an industry trade group, about “58% of the engineers and other high-skill employees in Silicon Valley were born outside the U.S.” Carl Guardino, the group’s CEO, notes, “Immigration and innovation go hand in hand. This cuts so deeply into the bone and marrow of what fuels the innovation economy that very few CEOs feel the luxury of sitting on the sidelines. So people are going to stand up and speak up.”

Another contributing factor could also be that companies are recognizing that employees, millennials in particular, want to work for companies they believe reflect their personal views and align with their beliefs.

The question now becomes, “Could this be,” as Bundy proclaims, “the birth of a ‘new era of corporate social responsibility,’ in which business leaders become change agents who challenge the government to act in the best interests of all citizens?”

It may be only a matter of time before we find out!

In the meantime, here is a list of “Five Things Smart Companies Need to be Mindful of in the Trump Era” 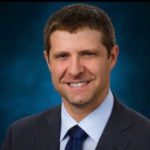 Ryan Rudominer is a principal at R2 Strategic Consulting where he specializes in strategic communications, advocacy, and media relations. For fifteen years, Rudominer has operated on the front lines and behind the scenes of numerous communications campaigns, providing strategic counsel to public officials, corporations, trade associations, and non-profits. Rudominer’s lifelong passion is using communication to foster social change.