Fake News Is As Real As We Make It To Be

I just finished a well-written piece on healthcare reform. The author did a brilliant exposition on profit-driven insurance providers and how shareholder value is dictating life and death for seriously ill patients. I’m alerting everyone I know to give it a read. I’m also alerting them that it’s fake news.

The proliferation of online platforms for both accredited, and problematically, anointed journalists has created a need to sort information from disinformation. We are immersed in content at every waking moment if we choose to be. And we most definitely choose to be.

Being literally attached at the hip with a world of content is a marvelous benefit for mankind. It is also a tremendous responsibility. Ignoring this is what I find aggravating about those attacking the merits of both good and faulty journalism. They absolve the most critical influencers in the spread of information: consumers.

Journalists need to intensely scrutinize the content they create, but we as consumers bear accountability for the information we absorb, and more notably, share. It is in our interest to challenge the content we engage with. This is especially crucial when we agree with it.

Since the election, American news outlets have spent thousands of hours investigating how fake news happens, how it’s disseminated, and who is responsible for it. Propaganda and bad journalism is nothing new—it’s just more accessible. The main combatant for each of them is still the same today: Critical thinking.

I don’t like being coddled by the media and our government in this fake news fight, treating our ignorance as liberty. The excessive finger pointing we’ve enjoyed aiming at journalists and content curators, left, right, and center is offensive primarily because we’re insulting our own intelligence.

Widespread media is likely in its infancy. I expect journalists and content platforms to act responsibly, but I also prefer my natural-born privilege to think critically. I don’t like the willful purveyors of lies, but we don’t eliminate voices in this country.  We do what many have sacrificed for to allow us to do: We challenge them. Facts matter as much today as they ever have if we accept the burden to confirm them.

Kennedy famously inspired Americans by imploring us to ask not what our country can do for us, but what we can do for our country. He understood his institutional responsibility, but he expected more from the rest of us.

Today, with information moving faster than our institutions can account for, we should expect more from the rest of us. 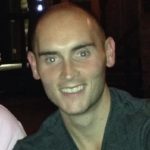 Michael Fox is a 2nd semester student at Georgetown working towards a Master’s in PR and Corporate Communications (MPS-PRCC). He moved to DC from Cincinnati in May of 2017 to attend Georgetown and make a career change to communications. He previously worked in Supply Chain Management before deciding to pursue his passion for writing and strategic messaging.