As the ongoing debate over climate change makes clear, science is under attack, and its role in public discourse and public policy is in question. This is true not only on controversial issues or among certain groups; science is being questioned across the political spectrum and over a wide range of issues—from the effectiveness of vaccines to the effects of genetically engineered crops.

As Robinson Meyer recently observed in the Atlantic, “It’s a miserable time for science. America has an almost non-existent climate policy, its support for basic science research is flagging, and [scientists are harassed] in the name of ideology.”

As social scientists, my colleagues and I believe that science is a public good that benefits all and must be available to all. We need to make this case; if we don’t—if we continue to assume that scientific research speaks for itself—then the gap between what we know and what we do as a society will grow wider, and our problems will become more difficult to solve. We need to think about how we communicate about science and do a better job of framing its contributions and importance to society.

The good news is we don’t have to guess the answers to these questions. We can use science. Communications science can change the way we think about scientific research and consensus. It has the potential to change how we act on the challenges we face as a society and whether we can overcome them.

Scientists are increasingly taking a “two-science” approach—one that combines scientific inquiry with communications science. The National Academies of Sciences, Engineering, and Medicine—one of the world’s most prestigious scientific organizations—recently released a major report on how scientists can use communications science to do a better job of translating knowledge and ideas that emerge from scientific research. The report synthesizes existing literature and outlines a future research agenda to deepen our knowledge of science communications.

My friend and colleague, Pat Levitt, a professor of neurogenetics of the University of Southern California, and I explore the science of science communications in a May essay in Neuron, a leading neuroscience journal. And I cover some of the principles the science of storytelling for social change in a TEDx talk I gave earlier this spring.

Climate change is one blazing example. When making the case for solutions to climate change, experts often argue that we should follow scientific recommendations because they are the result of rigorous scientific research. Under this logic, science matters because… scientists say it should.

Our research has found that this approach doesn’t work; in fact, it can set back the cause. In a survey experiment with 7,000 registered voters, FrameWorks found that appealing to scientific authority did not significantly change attitudes about climate change or support for solutions. Moreover, it had negative effects among some respondents, who after exposure to this message were more likely to deny the reality of climate change and express doubts about which policies to support.

It’s ironic: Scientists see countless areas of human endeavor as worthy of empirical pursuit—but many don’t see communicating about science in the same light and are quick to leave the “science” out of “communications science.”

We have worked with experts and advocates across a wide range of issues to translate the science that informs their work and bring research into public life.

We ask ourselves: How can scientists best communicate their findings? How can we help the public understand and value science? We see these as empirical questions, and we use social science research to answer them.

We have found, for example, that explanation matters. Explaining how our world works helps people reason about what needs to be done and shapes their support for solutions. Explaining how genes and environments interact to shape child development, for example, makes people more supportive of solutions that improve outcomes for children and families.

We have also found that solutions matter. While riveting to scientists, data about the extent and severity of a problem do not engage the public; prevalence data do not equal engagement. Of course, explaining the extent of a problem and the need to address it is a key part of effective science messages. But these messages must also include a discussion of solutions to our problems; otherwise, they are likely to induce fatalism and fall victim to emergency inflation.

Scientists are increasingly speaking out for science, as evident by the massive marches for science in Washington and around the world this year. This is good news. As pioneering climate scientist James Hansen explained on NPR, “The scientific community is reticent to speak out until things are so certain that there’s no possibility of having something wrong.”

Scientists need to speak up now; our future depends on it. The good news is that they can turn to a familiar place for help: science. And even better: they are. 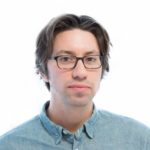 Nat Kendall-Taylor, PhD, is a psychological anthropologist and CEO of the FrameWorks Institute, a communications think tank in Washington, DC