The Case Against Resonance

Meet people where they are. That common, consultant-driven mantra has been the prevailing wisdom driving organizational messaging for years. If we want people to respond to our message, we must tailor it to them, ensuring it resonates with their existing thought patterns.

The overused concept of “resonance” is a crutch for many in the communications field – simplifying the complexity of our work to a process of simply finding out what language, concepts and themes appeal to people, and then repeating those things back to them. There are implications to this approach that are unfortunate at best, and toxic at worst.

A public opinion poll on early childhood development asked respondents to identify the most serious problems that children face. Eighty-five percent responded that “parents not paying enough attention to what’s going on in their children’s lives” was the most serious. In the same poll, nearly 80% of respondents identified parents as most responsible for making sure that families have childcare, well above employers and government.

Given this example, it can be assumed that if we were to design messaging about early childhood development to “meet the public where they are,” we would adopt messaging that reflected this individualist frame, characterizing the behavior and choices of parents as the input that shapes the development of their children. Further, if we were to develop messaging to “resonate” with the public on this issue, we would largely ignore the more systemic contributing factors that research and brain science now tell us are so important to the healthy development of young children, and instead adopt stories about individual kids and their families.

Even if we were to develop messaging to appeal to this widely held public sentiment for the purposes of shifting their thinking to a more productive frame, simply having reinforced the individualist mode of thinking prevents our audiences from making that shift. We have essentially dug ourselves a deeper hole, making our problem worse before we even attend to the task of fixing it.

This is an example that can be applied to virtually any issue around which we are developing messaging. If the public regards a problem as the result of individual behavior, they are far less likely to support systemic changes to fix the problem. Therefore, if we design our messaging in such a way that reinforces this unproductive pattern of thinking, even if we do so in the name of advocating for systemic solutions, our audience is more likely to maintain the unproductive frame.

Our goal as strategic messengers is not to achieve resonance. Our goal is not merely to identify messaging that appeals to our audiences. Instead, our goal is to develop messaging that makes it more likely our audiences will behave in the way we want them to; to move past an unproductive, static thinking pattern, toward something more useful.

For years, advocates for evidence-based addiction policies spent valuable resources characterizing such policies through the value of empathy. Treatment and prevention represent the right thing to do for our neighbors who are struggling with addiction. They were meeting their audience where they were: stuck in an unproductive pattern of thinking that reinforced the notion that addiction is best characterized by a set of individual human behaviors, and therefore, best treated with a greater level of care and understanding for those individuals.

But researchers at the FrameWorks Institute, a think tank in Washington, DC that maps the public’s thinking around important social issues and identifies messaging strategies to navigate some of the most common roadblocks, discovered that messaging using empathy actually depressed support for systemic solutions to the problem. You read that right. Advocates for evidence-based addiction policies were actually deploying messaging that made it less likely people would support that very idea. Describing addiction using a more systemic frame, such as interdependence or ingenuity, had the opposite effect. When audiences were prompted to consider the problem of addiction as a condition that impacts all of us, or as a challenging problem requiring forward-thinking solutions, they were more likely to support systemic policy solutions. Why? Because the messaging allowed their brains to consider the problem from a different angle.

Had researchers at the FrameWorks Institute tested such messages for resonance, they would have yielded very different results. But when messaging is developed through the lens of the end goal – in this case, support for certain policies – the result is not only smarter, more effective messaging, but an end to messaging frames that have the opposite effect. Traditional message testing simply measures the wrong metrics, and too many professional communicators respond to those findings inappropriately.

The goal of your messaging is to map people’s thinking successfully from where they are to where you want them to be. Where they are is not particularly helpful to you. If it were, they would be where you want them to be already. Start by examining how you define the problem. In the example above, pollution is an individual act. It is a behavior that is causing the broader damage. Defining the problem in this way is unhelpful to driving support for the solution, in this case, sustainable energy policy. After all, if all we need to do is eliminate pollution to achieve a cleaner environment, then let’s just punish the polluters.

If we define the problem instead by identifying the system at play that perpetuates it, suddenly we can shift mindsets to more systemic solutions as well. For example, the atmosphere traps harmful pollutants and causes long-term damage to the environment. This is a systemic problem requiring a systemic solution. The pathway from where people are to where we want them to be is much clearer now.

If, instead, resonance was the goal and our task was to develop sustainability messaging based on meeting people where they are, then it is likely all our messaging would have accomplished is reinforcing existing mindsets, thus giving our audience an excuse to stay where they are, rather than reconsider the issue. 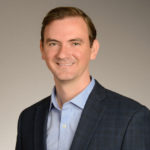 Shaun Adamec is Founder and President of Adamec Communications, a strategic communications consulting practice exclusively serving mission-driven organizations. Adamec is an experienced writer and storyteller, helping to develop narrative, voice, tone and messaging for some of the nation’s most noteworthy nonprofit brands, including City Year, Mothers Against Drunk Driving, the American Red Cross, and the Nellie Mae Education Foundation. Additionally, Adamec’s experience in government and politics includes communications and messaging support for a City Council, a major-city Mayor, a governor and a Presidential campaign. He holds a BA in Political Science from Providence College and a MA in Government and Political Communications from The Johns Hopkins University, and lives with his wife and three children near Boston.