A tsunami of growing social need is headed our way – can we be ready?

In the US, any person or organization working with those trapped in extreme poverty over the last few years can testify to the increase in demand and need in areas relating to:

·        Increasing levels of families and individuals without healthcare insurance

Predictably, political pundits and economists here and at the UN are arguing over the exact numbers of those affected, but no one is denying we are witnessing a period of great change in our country where government’s role in education, training, healthcare, and as a social safety net is being vastly diminished for the foreseeable future.

Traditionally charitable and other nonprofit organizations have stepped in to fill social needs where government programs have been weak or lacking entirely, but the magnitude of the problems that are coming is nearly overwhelming. I say “nearly” because there is another trend we are also seeing that could be the key to the answers we need—the huge growth in corporate social responsibility programs (also known as CSR or impact funding). Virtually every sector is engaged in this, including well-known companies in the following fields: pharmaceutical; banking and insurance; aerospace; high tech; retail, consumer goods, and entertainment; and law, consulting and accounting.

CSR programs bring tens of billions of dollars to bear on a wide variety of social and environmental causes because they have realized that as companies they can “do well by doing good.” This drive to be responsible corporate citizens is coming from the newly dominant, socially-conscious millennial generation whose decisions as consumers, investors and employees are guided by how well or how poorly companies are doing in these areas. As a result, corporate moneys that used to be spent in advertising are now being funneled into CSR programs that are being run in partnership with cause-focused nonprofit organizations.

Apart from government social policy changes, it is important to take note also of two existing market weaknesses affecting the nonprofit sector that will necessitate some sort of coordinating role:

Lack of perspective and scope–The first weakness is the historic inability of the organizations working in these areas to collaborate effectively or even to see the bigger picture beyond the limited communities they serve. There are no antitrust laws preventing such collaboration for nonprofits as there is for for-profit companies—this limitation has been entirely self-imposed due to jealousies, distrust, or simply lack of resources. What it will take is an organization that has credibility in the nonprofit community—an organization that can play the role of an honest broker that can organize and focus the resources that will be needed to address these growing social problems that are a magnitude larger than what the programs and services of the current nonprofit world in the US are able to address.

Fraud and corruption—A number of well-publicized studies have been done on this problem that show the nonprofit community is second only to the financial community in being plagued by fraud and corruption. The FBI has even set up a department dedicated to this problem that is costing nonprofits and their donors approximately $40 billion a year. The nonprofit community has never organized itself as other industries have to develop anticorruption management standards and an accreditation board to audit and enforce them. This is the problem that is waiting to be solved by some nongovernmental organization that has the credibility without the baggage.

Building on these ideas it is logical to envision a five step process:

1.     Identify and prioritize areas of need in order to focus efforts where we are likely to achieve the quickest and easiest success;

3.     Invite potential funders and potential nonprofit partners to participate in the creation of anti-fraud management standards for nonprofit organization and an accreditation board to audit and enforce them;

4.     Create a strategic business plan for setting goals and addressing needs (from the sectors identified in step one); and

To those of you in these fields, does this approach and analysis make sense? 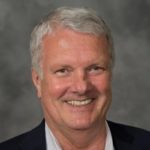 Steve Worth, is an adjunct professor at Georgetown School of Continuing Studies, who has over thirty years experience as a professional consultant. He has provided strategic consulting assistance to associations, businesses and governments in areas covering organizational restructuring, public policy, and public and organizational communications in 110 countries covering six continents.