It’s no surprise that marketing methods have increasingly focused attention on digital marketing through social media sites such as Facebook, Twitter and Instagram. Many nonprofit organizations have followed this pattern and attempted to integrate social media into traditional donor development models. Despite their efforts, many organizations have still seen steep declines in donor retention rates and are struggling to engage younger millennial audiences (Donor Retention, 2009).

Where does social media fit?

Donor identification and development has historically been based on donor pyramids, ladders and funnels which organize donors from least engaged (i.e. smallest donation amounts) to most engaged (major donations). Many organizations have integrated social media onto the bottom rungs of these traditional models (Dixon and Keyes, 2013).  However, in 2010 Ogilvy Public Relations Worldwide teamed up with Georgetown University’s Center for Social Impact Communication and found that most Americans’ first interaction with a nonprofit was not social-media driven.  In fact, only 18 percent of respondents first became involved by engaging with a nonprofit organization via a social media outlet such as Facebook (Ogilvy, 2011).

These so-called “slacktivists” have been assumed to do nothing more than “like” an organization or update a profile picture for the cause but eschew more traditional methods of involvement such as volunteering time or donating money. So where does social media fit in donor development? Are nonprofit employees wasting their limited time and resources on a medium with no return on investment?

The Ogilvy/Georgetown study (2011) found that contrary to the slacktivist portrayal of an individual who “likes” a cause on Facebook but has no further engagement, their research found that Americans who engaged with a cause on social media were also most likely to participate in cause-related activities such as volunteering or donating money outside of social media. For these individuals, social media is simply being added to the list of activities that they already participate in for the cause, including giving money.

These individuals were most likely donors or volunteers first who then became more involved in the cause by promoting the organization via social media. Most individuals have no interest in engaging in conversations or relationships with large “faceless” corporations on Facebook (Vorvoreanu, 2009).

Social media is a useful tool to help existing donors and volunteers influence others for the cause.  However, this has not typically been the current usage trend among nonprofit organizations (Dixon, 2013).

However, Dixon and Keyes found that “there is a noticeable lack of activities that fall into the low involvement, high influence quadrant, because for an activity to be influential, it needs to be grounded in authenticity and personal commitment. A person can be involved but not influential, but can never be influential without being involved.”

Current social media usage trends for nonprofit organizations involve numerous low-involvement activities in an attempt to drive awareness of a cause. Most nonprofit organizations used Facebook to drive top-down communication similar to traditional media usage to drive traffic and attention to the brand. In contrast most nonprofits Facebook fans shared specific events and highlighted their own personal involvement (Das, 2010).

What do people want?

Email is most donors’ most preferred communication method – even among Millenial donors where 93 percent favored email over Facebook and print communication (Case, 2010). Most individuals use social media for three reasons: to feel connected, for entertainment and for self-affirmation (Leung, 2001).

Social networking is primarily used to stay in contact with people who are already seen frequently by the user (Lenhart and Madden, 2007).

The main motive for joining Facebook is peer pressure and the main gratifications people receive when using Facebook include entertainment and staying informed in social circles (Quan-Haase and Young, 2010). Among those over age 50, the two primary factors in Facebook usage are mood management including entertainment such as games and social action such as reposting political opinions (Ancu, 2012).

The “hipster” effect is the idea that the more connected someone appears to be in causes actually increases a person’s social capital (Ellison, et al., 2007).  This self-affirmation theory was used to determine that spending time on Facebook fulfilled an ego need and that exposure to one’s own Facebook profile increased self-worth and self-integrity (Toma and Hancock, 2013).

How can nonprofit organizations improve their social media strategies?

Social media is constantly changing and it can be overwhelming to consider all of the options and tools available for organizations to reach their target audiences. Organizations can incorporate these elements into their social media strategy to help produce real results:

If social media has not revolutionized the way people get involved with nonprofit organizations, where should it fit in an organization’s strategy?

Most organizations have two social media audiences: their current supporters and their supporters’ network.   There are several ways to engage these two audiences depending on the cause, the social media outlet, and the supporters themselves (Dixon and Keyes, 2013).

Social media can be a meaningful conversation with people who are already engaged with an organization as a donor, volunteer or member. This strategy creates an environment of continuous communication that donors demand (Case, 2009).

“Friend-raising” can be a powerful element to social media (Daniels, 2010). When an audience feels engaged and empowered to help a cause that they feel passionate about, they are more likely to involve their friends. Organizations can turn the role of fundraiser from a solely internal function of the organization to a role that’s shared by everyone in his or her community by preparing social media material that is easily redistributed, straightforward and directly shares the impact of the cause such as stories of those who need help or have been helped by the organization (Saxton and Wang, 2014).

Eighty-six percent of nonprofit professionals report that their organizations use social media in some form.  However, most nonprofits dedicate less than the equivalent of one half of one full-time employee to overseeing social media efforts.  In addition, more than 60 percent allot no extra budget dollars to such efforts (Soder, 2009).

The key is for nonprofit organizations to find their audience, begin a conversation with them and empower them to bring others into the dialogue. 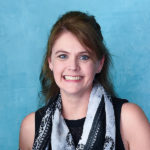 Heather Weathers is the Director of Communications at HopeKids, Inc. Heather joined HopeKids in May 2013 to build the newly-formed HopeKids North Texas chapter. In 2015, Heather was asked to step in to a new role to create the national communications  department based on HopeKids’ organizational philosophy that fundraising, communications, and programs cannot operate in silos to reach maximum impact. Heather has a degree in Journalism-Public Relations and is pursuing a Master’s in Journalism from the University of Missouri-Columbia School of Journalism. Heather brings more than 15 years of experience from several nonprofit organizations including The Salvation Army and the American Diabetes Association. She has held positions in fundraising, communications, and program management which uniquely equips her to build strategies that foster cooperation among every department.