Part 11: Jason Cone and the Importance of Brand Evangelists 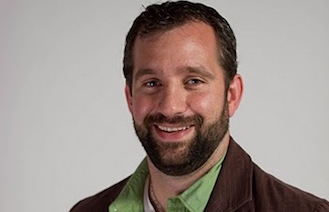 How do you tell the stories of a small and mighty organization operating in more than 70 countries around the world, not to mention frequently in war-torn and remote locations?

For Jason Cone, one answer is by utilizing brand evangelists or supporters who are so deeply passionate about a cause that they serve as ambassadors in helping to spread the word about an organization. He’s the director of communications for Doctors Without Borders and this week’s social strategist.

“It’s a problem that we have the luxury of having,” says Jason. “We have a lot of people in this country and internationally who want to be a part of Doctors Without Borders and feel passionately about what we do.”

Among the organization’s strongest brand evangelists are the medical professionals and aid workers who volunteer their time to provide care in some of the most horrific and challenging situations imaginable.

But how do you channel the positive energy of super supporters while still maintaining accurate messaging? “Luckily with the development of social media we have been able to at least directly engage people and ask them to be part of carrying the messages that our teams are bringing back from the field,” Jason says.

Yet, striking the balance between control and the power of word-of-mouth is no easy task and certainly an ongoing organizational challenge according to Jason. “The work is [ultimately] not about the stories–it’s about action,” he reminds us.

This social strategist is no stranger to the pressing issues of international health and development. Prior to joining Doctors Without Borders, he held a number of positions including as a journalist covering the United Nations. His reporting took him to Zimbabwe to cover the HIV/AIDS epidemic, to Switzerland and the World Economic Forum, and to India to shed light on rural life issues.

Listen to my interview with Jason Cone to learn more about brand evangelists and to hear our discussion on a number of other topics such as the strategic use of imagery, measuring impact, and the structure of the Doctors Without Borders communications department.

Listen to the interview
"With social media we have been able to directly engage people and ask them to be part of carrying the messages that our teams are bringing back from the field."
-Jason Cone
You may also like:
Jonathan Hutson, Communications Director, The Enough Project
Tarrah Cooper, Press Secretary, Chicago Mayor Rahm Emmanuel’s Office
Thom Clark, President, Community Media Workshop
Ibrahim Hooper, Communications Director, Council on American Islamic Relations