Part 21: Susan McPherson and the Future of CSR 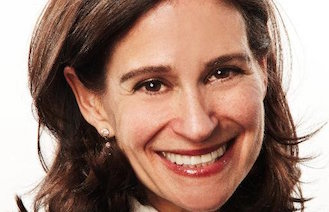 If you’ve followed the Social Strategist Project for some time you likely are already convinced as to the power companies possess to benefit the social good if they choose to do so. Corporate social responsibility (CSR) is here to stay.

But what does the future hold for CSR work? What are the trends that are holding steady and what are the topics on the horizon that we should be thinking about today in order to prepare for tomorrow?

To answer those questions and more I traveled to Fenton Communications’ New York City headquarters to visit with Susan McPherson. She’s the firm’s senior vice president and director of global marketing, and yes, she’s also a social strategist.

If you don’t know about Fenton Communications, you should. It’s a different kind of public relations firm, one that focuses solely on cause-based work through its “progress accelerated” approach.

“Every single piece of business [at Fenton] has been worked on through the lens of social good,” Susan says of the firm, now in its 30th year of operation. From helping to organize Nelson Mandela’s first visit to the U.S. to raising awareness about endangered swordfish and every project in between, Fenton has furthered some major social causes by working selectively with both nonprofits and responsible companies that align with the firm’s steadfast value system.

Susan has much experience thinking about the state of CSR. She previously held positions with a number of technology companies as well as served as the vice president of CSR services at PR Newswire. She’s also the host of the weekly #CSRChat on Twitter which is definitely worth checking out.

But it’s time to get to the important stuff. Susan’s thoughts about the future of CSR, of course! Here’s a preview of what she sees on the horizon as well as some principles that won’t be changing anytime soon:

Listen to my interview with social strategist Susan McPherson to hear more about what the future of CSR will look like and how smart companies and nonprofits wanting to work together should prepare for what’s next.